Secrets of Deep sea: From Waterfalls to Dead Zones

Secrets of Deep sea: From Waterfalls to Dead Zones!!!

The oceans cover 70 percent of our planet. But what we know about the ocean is very rare. But there is a universe that has not been fully explored in the deep sea, and they are invisible to the human eye. Why do we know so little about the sea? Excessive pressure in the deep sea poses a great challenge to divers and deep-sea equipment. Sending a satellite into space is easier than this. But with the advent of new technologies, including submarine robots, the secrets of this deep-seated empire have begun to emerge.

What are the secrets in the deep sea? Yes, there is more water. To be a little more precise, there are 1,41,91,20,000 cubic kilometers of water. The fish are the main source of protein for 300 crore people. But there is more to the deep sea than just fish. In another world the deep sea is inhabited by many extraordinary creatures, and new creatures are discovered from the deep sea in every age. Most of them are gelatinous jellyfish that will decompose if you try to catch them with nets. 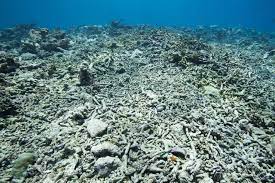 In 2020, scientists discovered the large siphonophore Apolemia, which is made up of millions of interconnected clones, reminiscent of its slender, twisted body and long light rope. Also, the seabed is far from the flat and uncharted seas you can imagine. If the entire ocean were to dry up, its landscape would be as spectacular as anything on this earth, with some high peaks, deep valleys, and long rivers that could be as proud as ever.

Waterfalls in the deep sea

There are also waterfalls in the deep sea, the Danish Straight Cataract is a waterfall found in the Atlantic Ocean. Here, the cold waters of the greenland sea and the warm waters of the Irminger sea converge. In it, the cold water is pushed down, creating a giant waterfall three and a half thousand meters long. No one on the surface of the ocean can detect this. This is nothing compared to the deepest part of the world, the Mariana Falls, which is 11,000 meters long. 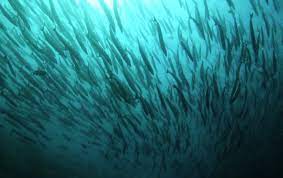 One thing scientists have discovered in 2020 is that it sounds a danger to the world. They discovered a new species of crustacean at a depth of about 7,000 meters, in a rift in the sea that no one in this world could go through. There was plastic in their stomachs. That plastic is called urethane plasticus. As we begin to consciously explore the ocean, we are already beginning to realize the effects of our effects on it. It is estimated that by 2050 there will be more plastics in the oceans than there are fish.

But, plastic is not the only problem. Climate change is changing the basic chemistry of the oceans, warming the oceans and acidifying seawater. 'Dead zones' are also present in the ocean due to the lack of oxygen that supports marine biology. All of these have become routine due to pollution. 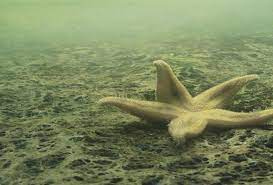 It is a sad fact that the effects of human activities on the oceans are beyond our comprehension. It's easy to feel like you're away from the sea, especially if you live off the coast. This explains why we treat the beach as a dumping ground. But, the more we explore the ocean, the more the ocean will give us.

The genetic pool of deep-sea life, such as sponges and microorganisms, may have the key to solving the urgent problem of antibiotic resistance. Most importantly, the oceans are vital to all life on the planet: half of the oxygen we breathe comes from photosynthetic marine plants, such as phytoplankton and sponges. 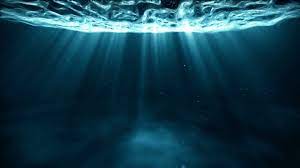 The ocean regulates our climate and balances temperature by distributing solar heat around the planet. We may not realize it, but each of us is affected every day by the role that the ocean plays in our delicately balanced geography. Nevertheless, the efforts we have made so far to preserve this vital source of life are a drop in the ocean.

There are so many invisible breathtaking valleys, so many things that are still unknown to us, like so many undiscovered creatures. But new technologies are revealing more about the ocean than ever before. Perhaps the more you know the secrets of the ocean, the better you can take care of it.