The towel you are using after bathing or wiping your hands can also contain many types of bacteria. That's why towels or face napkins should be changed from time to time. This is because using them continuously without washing causes many types of skin problems. 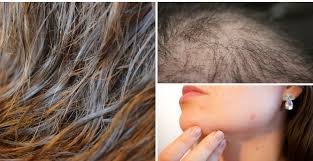 According to recent research, the bacteria that grow in it can cause many problems for you. Let us know what kind of problems you may have to face by using it.

According to a study by university of Arizona microbiologist Dr Charles Gerba, about 14 per cent of bathroom towels carry E.coli bacteria. Humans' digestive systems contain these bacteria, which are dispersed by faeces. These bacteria grow when the towel is not washed for several days and is not dried properly after use. If the towel is not dried properly, then due to moisture, germs get produced in the towel. In such a situation, towels must be washed with activated oxygen after using them 4-5 times.

The material also has an effect

When there is no towel?

If there is no washed towel or face napkin, then you can use a cotton scarf or facial wipes instead. However, wipes should be used with care, because every type of wipe does not suit every skin, it should not be used at all if the skin is sensitive or acne prone.