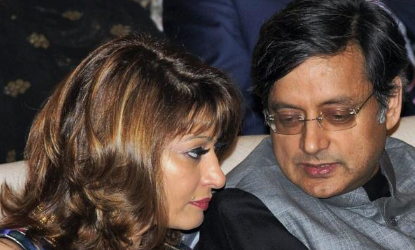 After his remark calling shashi tharoor a "donkey" triggered a storm, telangana congress Chief revanth reddy has now apologised to the senior congress leader for “any hurt that may have been caused” to him. Tharoor, in turn, said that he accepted Reddy’s apology and was willing to move past “this unfortunate incident”.

“I spoke to Shri @ShashiTharoor Ji to convey that I hereby withdraw the remarks and reiterate that I hold my senior colleague in the highest regard,” reddy tweeted on Thursday. “I regret any hurt that may have been caused to him by my words. We share our faith in the values and policies of the congress Party.”

Responding to Reddy’s tweet, Tharoor said that he had received a “gracious call” from the party leader apologising for what was said.

According to a recent media report, reddy called Tharoor a “donkey” and said that he hoped he would be expelled from the party. His comment triggered a political firestorm, with several senior congress leaders slamming reddy for speaking against his colleague. reddy had earlier denied the remarks and accused telangana IT and industries minister KT Rama Rao of lying and tweeting “fake news”.

Condemning the comments, senior congress leader manish Tiwari had said: “It would have been better if you (Reddy) would have spoken to him if you had some misgivings about a purported statement of his. Grace & Propriety demands you withdraw your words.”