During a raid on his house and office, former minister Vijayabaskar's wife ramya and his eldest daughter were said to have Corona. Anti-corruption officials in tamil Nadu have started pursuing every former AIADMK minister. At the mansions of former health minister Vijayabaskar, MR Vijayabaskar, SP Velumani, and Casey Veeramani are currently being raided. 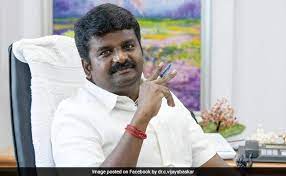 Raids have been carried out in 43 locations across tamil Nadu, with no one or two locations being spared. Vijayabaskar's home, office, house in Pudukkottai, office, brother's and sister's homes, and father's home in coimbatore are all being searched.

When he was a minister, he was accused of acquiring assets worth over Rs 27 crore. It's also been claimed that the college was launched with bribe money and that it was built unlawfully. He owns 14 educational establishments, all of which are being searched. The trust is accused of tax avoidance in this first information report. 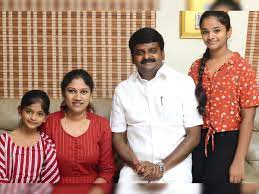 Vijayabaskar's wife ramya and his eldest daughter were confirmed and isolated during the raid on Vijayabaskar's house, according to AIADMK lawyer Babu Murugavel. We informed the authorities that they owned a corona. At home, they are alone. 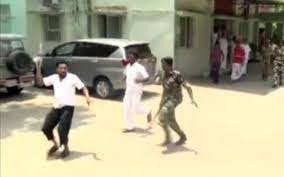 Officers are already conducting raids and investigations, according to AIADMK lawyer Babu Murugavel. The trial has been met with opposition from many members of the AIADMK. Conducting such an inquiry while the corona is present is unethical and so allow them to rest. There have been accusations that this is a power grab. 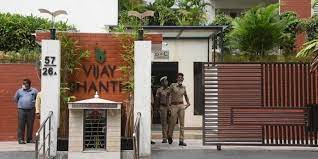 Vijayabaskar's wife, ramya Corona, has recovered, according to anti-corruption officials. For her, the corona came and she recovered. Today is the last day of quarantine for their eldest daughter. As a result, there was no violation.

As a rule, we're looking into things. They claimed they were wearing gloves and being tested and quizzed for security reasons. Authorities claimed to be unconcerned about anything. It's worth noting that Vijayabaskar's wife ramya is listed as A2 in this instance.