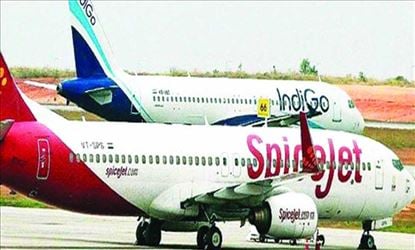 Everything is reversed in andhra pradesh after jagan took the charge. Forget about new company’s entry into the state, exiting companies are going to leave the state. ap showed drastic development in Aviation industry since last 5 years. Every airport had witnessed to show growth in occupancy capacity. Being a Union minister of india, Ashokgajapathi Raju developed airports in vizag, vijayawada, tirupati and Rajahmundry. Now, the situation has changed.

Well-known airlines indigo and Spice Jet decided to stop their services to Vizag. indigo confirmed to reduce the services to vizag to hyderabad and vizag to chennai from march second week onwards. Spice Jet too follows indigo on stopping of airline services to Vizag. The reason behind that is leaving of software companies like Lulu, adani and other software companies from the city. There is no business activity exists in the city and government also not interested to extend the support to the airlines.

The decision to stop airline services to vizag came after YS jagan announcement of Executive capital in Vizag. ysrcp leaders are saying that vizag is developed city in the state that's the reason they selected the city as main core capital and shifted from Amaravati. Companies are leaving, employees are migrating to neighboring cities and business activity is decreasing. These are the reasons that forced to stop the services from Vizag.