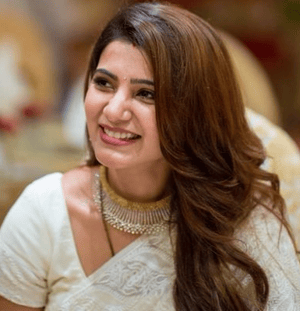 Samantha Akkineni is an Indian actress who has established a career in the Telugu and Tamil film industries. She is a recipient of several awards including four Filmfare Awards, two Nandi Awards, four South Indian International Movie Awards, and three CineMAA Awards.