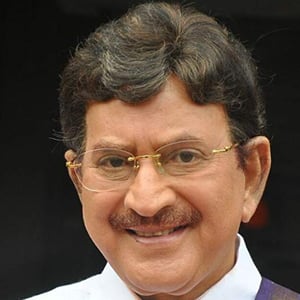 Ghattamaneni Siva Rama Krishna, known mononymously as Krishna, is an Indian actor, director and producer known for his works predominantly in Telugu Cinema. In a film career spanning five decades, Krishna starred in more than 350 films in a variety of roles.