Here are the celebs who reacted to Richa Chadha’s Galwan tweet!!!

Vivek Agnihotri On Richa Chadda: vivek Agnihotri, director of 'The kashmir Files', has condemned Richa's tweet. He criticized the tweet made by the actress. Although many bollywood celebs have criticized Richa before that. 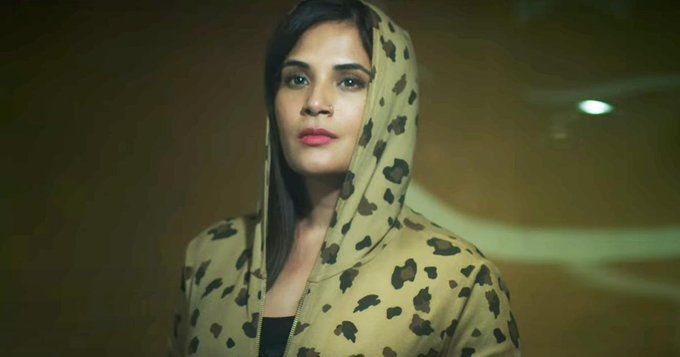 Vivek Agnihotri On Richa Chadda: bollywood actress Richa Chadha's tweet on the Galvan Valley case does not seem to stop. This statement of Richa has added to her difficulties. All their friends in the film industry themselves are criticizing the actress. Which includes many celebs like anupam kher, Akshay Kumar, Raveena Tandon, and kk Menon. Amidst all this, director vivek Agnihotri has also targeted Richa Chadha from the film 'The kashmir Files'. He said a big thing while taking Richa's class.

Vivek tweeted on his official twitter handle and wrote, 'I am not at all surprised by this, she wrote what was in his heart and dil Ki Baat came on Zuban. It felt to him that she is anti-India. After this, they ask why people want to boycott Bollywood. In this way, vivek Agnihotri has given his reaction to Richa Chadha's tweet

Let us inform you that earlier anupam kher had condemned Richa Chadha's tweet (Anupam Kher on Richa Chadha Controversial Tweet). The actor wrote that 'trying to become popular among some people by doing evil to the country is the work of cowards and small people and putting the honor of the army at stake... what can be more shameful than this.

It may be noted that Northern army Commander Lt. Gen. upendra Dwivedi had said in a statement that the indian army is waiting for orders from the indian government to recapture pakistan Occupied Kashmir. Commenting on this statement, actress Richa Chadha wrote, 'Galvan hi is speaking.' However, Richa Chadha immediately deleted her tweet on the Galvan Valley case given the growing controversy. She also apologized but by then criticism of Richa Chadha started on social media. He was also trolled. Along with this, the demand to boycott his new film Fukrey 3 started rising.