KBC 14: amitabh bachchan mentions 'Tarak Mehta' in 'KBC', Gokuldham residents will be happy to know about it

The new season of 'Kaun Banega Crorepati' has started and like every year, amitabh bachchan is seen hosting the show in his style. In the show, amitabh not only talks to the contestants about himself but also tells a lot about himself. Recently, Big B told during a conversation with a contestant that he loves watching the show 'Taarak Mehta Ka Ooltah Chasma. Big B told this while asking a question Delhi's Ayush Garg became the first contestant to cross the 'Amrit Padava' of 'KBC 14' and got a chance to answer the question of one crore. However, he could not win the amount and had to be satisfied with only 75 lakhs. After Ayush, vimal Naranbhai, who worked in the high court of Gujarat, got a chance to sit on the hot seat from Fastest Finger First. vimal then introduces himself to amitabh bachchan and tells that there are 50-60 people in his family, who watch the show together.

After this, amitabh bachchan presents the first question of one thousand rupees in front him. Big B asks, how is Taarak Mehta Ka Chashmah according to the title of the popular serial? A - straight, B - upside down, C - curved, and D - inclined. Giving the correct answer, vimal said, B reversed and won an amount of one thousand. When Big B is giving information about the show, vimal asks him if he watches 'Taarak Mehta'. On this Big B says that I will watch, this is a popular tv show. 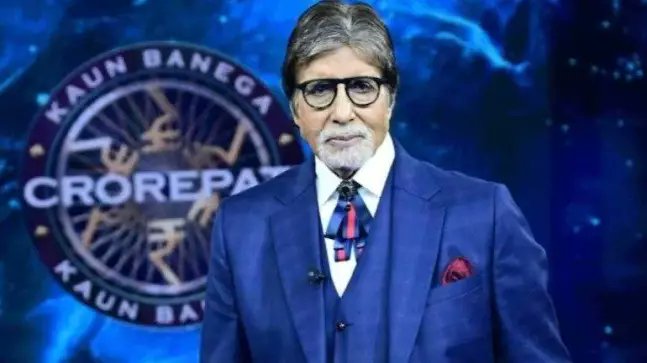 At the same time, now a new promo of the show has been released, in which pink Brigade i.e. women who were deprived of education in childhood will be a part of the show. But at this stage of age, he was determined to do education and became successful. At the same time, vimal is seen on the hot seat, from whom amitabh was also seen asking about his life partner.