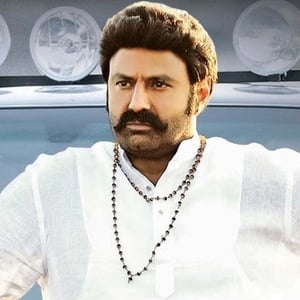 Nandamuri Balakrishna, known as Balakrishna, is an Indian actor and politician. He appeared in more than 100 Telugu films over forty years in a variety of roles and established himself as one of the leading actors of Telugu cinema. He won three Nandi Awards and one South Indian International Movie Award.