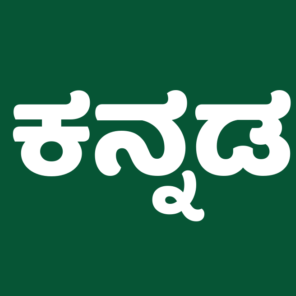 Kannada less commonly known as Kanarese) is a Dravidian language spoken predominantly by the people of Karnataka in the southwestern region of India. The language is also spoken by linguistic minorities in the states of Maharashtra, Andhra Pradesh, Tamil Nadu, Telangana, Kerala and Goa; and also by Kannadigas abroad. The language had roughly 43 million native speakers by 2011 Kannada is also spoken as a second and third language by over 12.9 million non-native speakers in Karnataka, which adds u