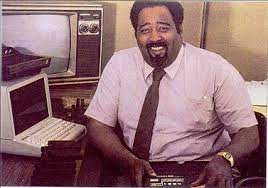 Do you know who created the video game console using cartridges? If not, find out right away. Jerry Lawson is the man's name. His artwork has fans all around the world. His 82nd birthday is being honoured around the world today. people miss him even though he is not here anymore. He would be 82 years old if he were still living today. Jerry Lawson was an electronics engineer and a citizen of the United States. He was an avid gamer. He created the original video game cartridge for sale. The Fair Child video game system was made by him.

The uncrowned king of the realm of contemporary video games was Jerry Lawson. The gaming business had not yet attained great dominance. For this development, he was dubbed the "father of the video game cartridge" in the early days of video gaming. In the 1970s, this game attained enormous popularity. In its early years, Lawson was renowned for its beautiful graphics and entertaining gameplay.

How was the early life of Jerry Lawson?

On december 1st, 1940, Jerry Lawson was born in Brooklyn, New York. Early on, Gerald Jerry Lawson began dabbling with technological devices. He used to frequently fix TVs and gather parts from electronics shops to create his own radio station.

After completing his studies at Queens college and City college of New York, Jerry Lawson joined Fairchild. He began serving as a consultant there. From this point on, he started to gain fame. google created a doodle in his honour today.