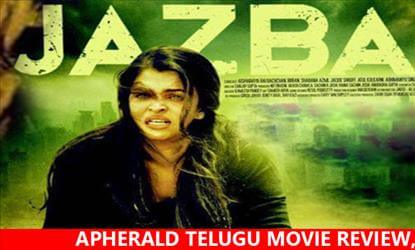 Anuradha Varma is a honest lawyer and she fights against criminals. But her daughter was abducted and she was forced to defend a rapist and murderer. Suspended cop Yohan (Irfan Khan) who is her best friend and secret admirer becomes her ally and helps her to win her daughter back. Anuradha is hyper active and over ambitious. Yohan is cool and composed. The duo makes an interesting pair and how they win against all odds forms the rest of the story.

Aishwarya Rai is beautiful and ravishing. She proves her mettle in each scene. Be it a caring mother or a bold lawyer, she has done the role with no flaws. Irfan Khan again and again shows his versatility. It is a cake walk for him and he does the role with utmost ease. He shows how cool and composed he is as Inspector Yohan. Shabana Azmi, Jackie Shroff, Atul Kulkarni have done justice to their roles. Sarah Arjun has showed lots of emotions and the little girl is over matured for her age.

Sachin-Jigar duo has given some soul-stirring music. But it was Amar Mohile's background score which has elevated the movie to next level. Sameer Arya's cinematography is a big plus. The angles were perfect and some aerial views show us the new dimension of chasing sequences. Bunty Nagi's cuts also deserves special applause. The cuts were linear and they were not some huffs and puffs. "Aaj Raat Ka Scene" song visuals are so perfect and they blend well with the script.

The production values are slick, with a gritty look and style which help to set up the mood and tone of the film. The characters are believable and the film truly has some heartbreaking scenes.  The twists keep coming and turning which will keep you on the edge of the seat. It's an interesting case unraveled.  The movie has everything which a mystery has to offer.