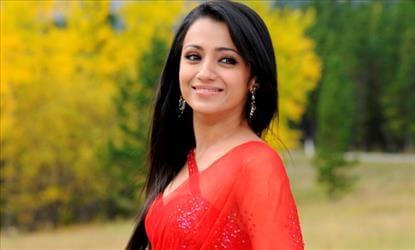 Trisha is a lead actress in Tamil and Telugu Film industry. She even did female lead role with all leading stars in Kollywood and Tollywood. She started her career in an uncredited role in the movie 'Jodi'. Recently she completed 50 movies in her career. Now we bring some unknown facts on the actress..

Trisha is a Brahmin who was born at Pallakad, Kerala. But more than Brahmin, she respects Christianity. This is because she did her schooling at Church park convent. She often has a habit of visiting the chapel.

Trisha even though completed 50 movies, she has never acted in Horror genre. Her first Horror genre is releasing this 29th. Her upcoming movie 'Nayagi' is also a periodic horror movie.

3. Favourite heroine for Ajith and Vijay

The upcoming Super Stars, Ajith and Vijay often prefer to share screen space with Trisha. Both of them had a good wavelength with Trisha. However during an interview, Trisha said she feels comfortable to act with Ajith.

Trisha is always in spot light. Be it for good or bad ! In 2004, some miscreant publicized her nude shower clip. However Trisha said it was her 'Body Double'. But that scandal helped her to get more movies during that period and she reached more fame. Among all her hobbies, Trisha's favourite past time is to swim ! swim ! and swim !. She is a clear swimming freak !