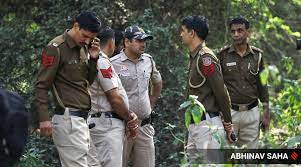 A delhi court has approved the narco test of the Shraddha murder Case accused Aftab Amin Poonawala. The delhi police had sought the approval of this test from the court. The court has also fixed the date for this. This test will be done only at the Forensic Science Laboratory (FSL) located in Rohini, delhi, where Aftab's polygraph test has also been done. The police investigating Shraddha's murder have been trying to find 35 pieces of her dead body for the last 16 days, but till now the police have found only half the incomplete body of Shraddha in the form of only 13 bones.

Narco analysis was approved on the 1st and 5th of December

According to the PTI report, the court approved the narco analysis test of Aftab on the plea of delhi Police. The court has given two dates december 1 and 5 to the police to conduct this test. The police believe that like the polygraph test, the narco test will also help in extracting many important secrets from Aftab, which will make it easier for the police to gather evidence of this confusing murder case.

Even though the court has given permission for Aftab's narco test, the delhi police were busy making preparations for this. delhi police had requested Ambedkar Hospital for this.

All the stages of Aftab's polygraph test were completed on Tuesday. The polygraph test was started last Tuesday, but after that, the next steps could not be done on Wednesday, thursday and friday due to his ill health. On Monday, the next phase of Aftab's polygraph test had begun, but while returning from rohini FSL to Tihar Jail, he was attacked by sword-wielding men on the way. Due to this, on Tuesday, he was brought to rohini Lab with tight security, where the last phase of the test was completed. Although its report will take a few days to come.