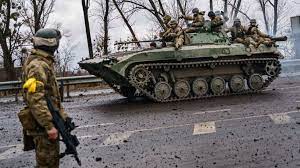 The fierce war between ukraine and russia continues. The world is appealing to russia to stop the ongoing bombing in ukraine and that Russian forces immediately stop their war campaign. A new round of peace talks was also held between the two countries in Istanbul. ukraine has called for a ceasefire without compromising its sovereignty or territorial integrity. 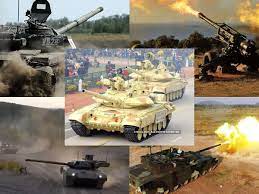 The Russian military has announced that it will reduce military activities near the Ukrainian capital Kyiv and Chernihiv. Both the countries have expressed hope that soon the situation will be normal. More than 3 million people have fled ukraine after the Russian attack. Many innocent civilians have been killed.

Ukraine has come as an opportunity for the war weapon countries. It has proved to be a profitable deal for the companies making arms and ammunition. Many countries have made big profits from this war. war has become an industry. Arms makers all over the world are filling their treasury, while innocent people are dying every day.

The arms industry is worth Rs 38 lakh crore!

The arms industry is worth about 38 lakh crores in the entire world. Surprisingly, all the countries are preparing to increase their defense budget. Preparations are being made to spend more money on weapons. The whole world has come under the grip of war between two countries. people are getting killed and arms companies are getting rich.