Shilpa was badly beaten on the big screen..

Shilpa was badly beaten on the big screen..

Box office Report: shilpa was badly beaten on the big screen, this was the condition of the rest of the films on Sunday

With the beginning of the new week, people eagerly wait for the films to be released on friday at the box office. Several films in different languages are screened in the cinema halls every friday for the entertainment of the audience. Many of these films were liked very much, while many films were rejected outright. The response received by any film is judged by its collection. In the past, many films from hindi to South cinema have been released in cinemas. So let's know about the earnings of various films on the previous day i.e. Sunday- Talking about abhimanyu Dassani and Shirley Setia starrer film Nikkma, then this film does not seem to be doing anything special at the box office. shilpa Shetty's attempt to make a comeback with this film seems to be failing once again. The film, which earned millions on the very first day of its release, did not do much business even on the third day. The film earned just 44 lakhs on its third day. With this, the total collection of this film has now gone up to 1.41 crores.

Viraat Parvam is a love story starring South Actor rana daggubati and Actress Sai Pallavi. This telugu film is earning average at the box office. On the first day, where the film earned Rs 1.54 crore across the country, on the second day i.e. Saturday, Virat Parvam earned Rs 1.30 crore. On the other hand, on the third day, the film failed to bring the audience to the theaters on its first Sunday.

South superstar kamal haasan has proved that his magic has not diminished even now with his return to the screen for four years. His film Vikram, which was released in the past, is earning a lot at the box office. Even though this film is not able to show anything special in the hindi belt, the magic of the film remains intact at the domestic box office. More than two weeks have passed since the release of the film, but still, there is no decrease in its earnings. 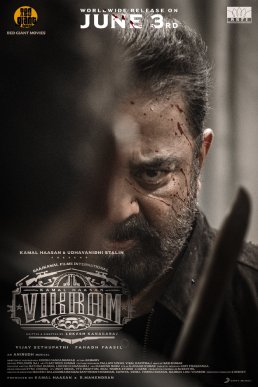 Meanwhile, the initial figures of the film's earnings on the 17th day have been revealed. The film collected around 8.20 crores on its third Sunday.

The film 777 Charlie, which was released in the days, even after its best story, seems to be failing to show its amazing at the box office. The struggle of the film is going on for the last nine days. However, despite this, the film is not getting a good hold. Meanwhile, if we talk about the earnings of the 10th film, then the film seems to be getting a little benefit from the sunday holiday. According to the initial figures, the film collected 8.10 crores on the second sunday of its release.

Adivi Shesh's film Major, based on Major sandeep Unnikrishnan, who was martyred in the 26/11 mumbai attacks, is still showing its best at the box office. The film earned Rs 78 lakh in the hindi language on Sunday.

Kartik Aaryan and kiara advani starrer bhool bhulaiyaa 2 has become a box office collection of hindi films after a long time. The film continuously entertains the audience. The film is doing a great collection for the last 30 days. At the same time, according to the initial figures of 31st, the film has done a business of 2.30 crores on Sunday.