BJP the only party contesting in all seats in Manipur Elections 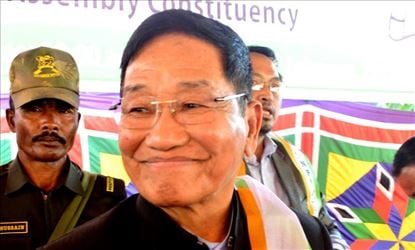 BJP the only party contesting in all seats in Manipur Elections

It was stated that most of the constituencies will see straight fights. However, 11 candidates are in the fray in the Saikul constituency. Manipur's political heavyweight Phungzathang Tonsing, who was given a Congress ticket for the Churachandpur constituency, had resigned from the primary membership of the party.

There is pressure on some tribal politicians not to contest on the Congress ticket and the lone tribal woman MLA Nemcha Kipgen also resigned from the Congress and joined the BJP. She is contesting as BJP candidate from the Kangpokpi constituency. Earlier on Saturday, there were protests as candidates of the Manipur People's Party were given two different election symbols of petrol pump and cycle.