In a statement issued by Buckingham Palace, queen Elizabeth II abruptly cancelled her trip to Northern Ireland. The queen is reported to have spent a night in the hospital. 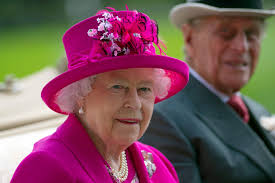 In this regard, a spokesman for Buckingham Palace said doctors had advised the queen to rest for a few days. Subsequently, she was at the hospital last wednesday afternoon as a precautionary measure for routine tests. Yesterday afternoon she was discharged and returned to Windsor Castle. He also confirmed that the Empress is currently in good health condition.

It is noteworthy that queen Elizabeth II of england refused to accept the award for the best old Lady given by the press company.

In a statement issued on behalf of Buckingham Palace, queen Elizabeth II advised doctors to take a few days off from public service. She was at the hospital as a precautionary measure for routine tests and returned to Windsor Castle. It is reported that she is currently in a good spirit.