The house news that shakes the bar

The house news that shakes the bar!!

Veetla Vishesham: The news that shakes the bar in the collection hunt ... Do you know how many crores at the end of 3 days ...?

While working on balaji -Latest Updates, Photos, Videos are a click away, CLICK NOW'>rj balaji Radio, he made a name for himself with his show Cross Talk'. Following this, I made my debut as a comedy actor in cinema and I also acted in films like Rowdy, Devi, and Ivan Tantra. Following this, he made his debut as a hero with the LKG film released in 2019. As such, the film that balaji -Latest Updates, Photos, Videos are a click away, CLICK NOW'>rj balaji is currently directing and starring in is a house special. The film is currently a remake in tamil of the comedy film 'Badhai Ho' which was released in bollywood in 2018 starring Ayushman Khurana.

The film was released on june 17 and has been well received by the fans. The film stars RJ balaji, Sathyaraj, aparna balamurali and Urvasi in the lead roles. The film is produced by Bonnie Kapoor. 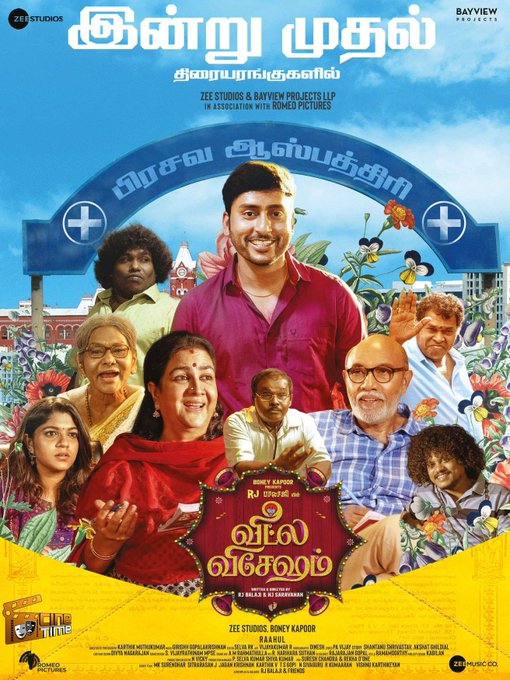 In this case, the collection details of this film are constantly being released. The house which achieved good collection on the first day has so far received Rs. It is said to have collected up to Rs 6 crore. Experts in the film industry say that the film will continue to hunt for good collections in the coming days. Thus, balaji -Latest Updates, Photos, Videos are a click away, CLICK NOW'>rj balaji is in Semma Kushi.