Sapna Choudhary won the hearts of the fans in a desi style!!!

Sapna Choudhary: sapna choudhary won the hearts of the fans in a desi style, a well-loved actress in salwar kaameez and dupatta

Famous Haryanvi dancer and actress Sapna Chaudhary is very popular across the country. The actress, known for her excellent dance and great songs, often stays connected with her fans through social media. Sapna keeps sharing her photos and videos on the internet every day, which not only her fans eagerly wait for but also like her a lot. Apart from dancing and acting, Sapna is also very active on social media. In this sequence, she has recently shared some of her latest pictures with the fans. Sapna has shared some of her photos on her social media account just a few hours ago. In these pictures shared on Instagram, the actress is seen in a traditional style. In these photos, Sapna is looking very beautiful in a dark green designer kurta and pink salwar. At the same time, she also carried a dupatta with this outfit, which is making her look even more spectacular. She has tied her hair bun with this traditional outfit. Also, Sapna is looking even more gorgeous in perfect makeup and matching jewelry. Sharing these pictures, she wrote the caption, "One should walk quietly and speak only when it is time to say checkmate." So far more than 27 thousand people have liked these photos of Sapna. At the same time, fans were also seen praising her beauty by commenting continuously. 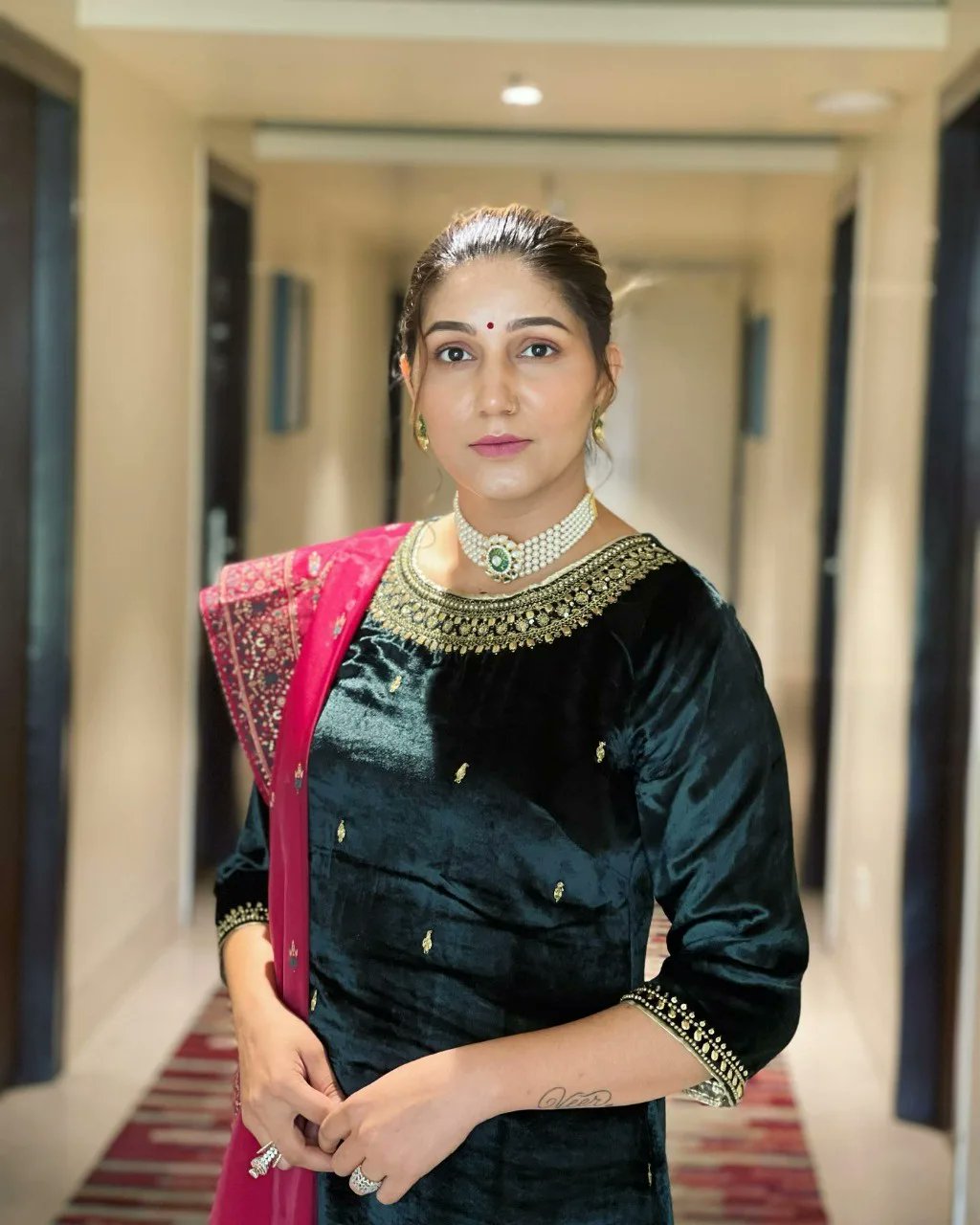 These days sapna choudhary is constantly in the headlines for her songs. Recently, the songs of the actress were released one after the other. Her song Daman and Kamini released on YouTube is creating a lot of buzz on the internet. Sapna Chaudhary, who is in the headlines for her songs, is also very active on Instagram. The popularity of actress Sapna Chaudhary, who was seen in the famous reality show Bigg Boss, had increased a lot since this show, after which she is constantly becoming famous for her songs.