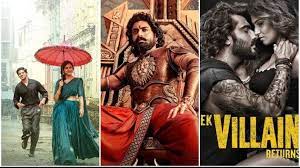 Box office Report: At this time it would not be wrong to say that once again South indian cinema has overshadowed Bollywood. Last week, Kiccha Sudeep's starrer film 'Vikrant Rona' competed with the bollywood film 'Ek Villain Returns'. However, Vikrant Rona has left Ek Villain Returns far behind in terms of earnings. At the same time, two films of South knocked at the box office this week, but no film from bollywood was released. South films Bimbisara and Sita Ramam were released this week, which were rocking the box office. 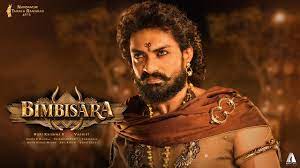 First of all, let's talk about the South film Bimbisara and Sita Ramam released this week, both the films are doing good business. Nandamuri kalyan Ram's film 'Bimbisara' is getting a lot of love from the people. According to initial figures, the film had earned Rs 9-11 crore at the box office on the first day. On the second day i.e. on Saturday, this film has done business of 6-8 crores. Although on sunday this film can earn well.

The film Bimbisara, made with a budget of 40 crores, is garnering a lot of praise from the first day itself. Actor Nandamuri Kalyan ram has returned from this film after almost two years. Bimbisara is a telugu film made under the banner of ntr Arts. Dulquer Salmaan, rashmika mandanna and Mrunal Thakur starrer Sita Ramam is doing well at the box office. The film earned 6 crores on the first day, while on the second day it could earn 3-5 crores.

The story of Sita Ramam, directed by Hanu Raghavapudi, is based on the 60s and 70s. dulquer salmaan is playing the role of an orphan soldier in this film, while Mrinal is in the role of his girlfriend. 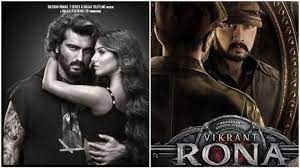