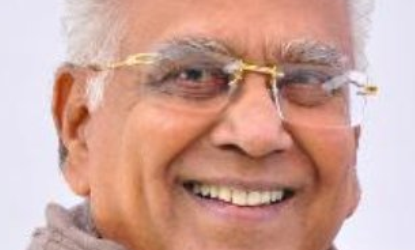 Tollywood's icon Akkineni Nageswara Rao passed away deserting all movie lovers and fans. Nata Samrat, ANR as he is lovingly addressed, died in the early hours of Tuesday Jan 22nd. ANR die around 3.30AM in Care Hospital, Hyderabad.  ANR was taking treatment for cancer for quite some time.ANR was born in Sep 20th,1924 in Venkata Raghavapuram village in Krishna District. He entered into Telugu industry in 1944 with 'Seetha Rama Jananam' movie as Hero.ANR First movie is 'Dharmapatni'. Nagarjuna speaking to media said “Dad has passed away.Nagarjuna spoke happily with everyone one last time. We will be bringing his body to Annapurna Studios at 9:30am on Wednesday morning and fans can pay their respects over there”. ANR ruled Tollywood for many years and prestigious awards like Padma Vibhushan, the Dadasaheb Phalke Award and the Raghupathi Venkaiah award decorated him.  ANR will be remembered for his memorable performances in ‘Devadasu’, ‘Mayabazar’, ‘Donga Ramudu’, ‘Dr. Chakravarthi’, ‘Dasara Bullodu’, ‘Sudigundaalu’, ‘Seetharamaiah Gari Manavaralu’, ‘Megha Sandesam’, ‘Prem Nagar’, ‘Missamma’ etc. ANR last film was Manam along with his son Nagarjuna and grand son Naga Chaitanya.APherald.com expresses its hearltfelt condolences to Akkineni family.