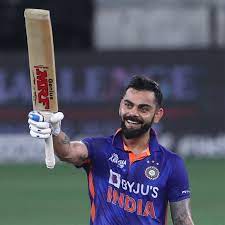 Many initiatives are being taken by ICC to increase the popularity of cricket across the world. cricket competitions are being organized in Asian countries like Nepal, and UAE. Many countries in Africa have also got the status of playing international cricket. Qualifier matches are also being played for the World Cup. An important match took place between nigeria and Eswatini under the icc t20 World Cup Africa Sub-Regional Qualifier-B. In this match, nigeria registered a big win with 118 runs.

In the match between nigeria and Eswatini under the icc t20 World Cup Africa Sub-Regional Qualifier-B, nigeria won by 118 runs. In the match played in Kigali, the Nigerian team also set a record. Ashmit Shreshta played the biggest innings for Nigeria. He hit 76 runs in 49 balls with the help of 8 fours and a six.

After this, Isaac Okpe, who came to bat in the last, batted fast. He scored 53 runs in just 17 balls with the help of 4 fours and 4 sixes. Scored a half-century in 16 balls. His strike rate was 311.76. Virat's highest fifty in international cricket has come at 21 runs.

Many Indian-origin players in both the teams