Aishwarya Rai wore a beautiful red suit in the promotion of 'PS-1', Unique necklace made a splash Recently, some pictures of Bollywood's most beautiful actress aishwarya rai bachchan have surfaced, in which she was seen wearing a red suit set. 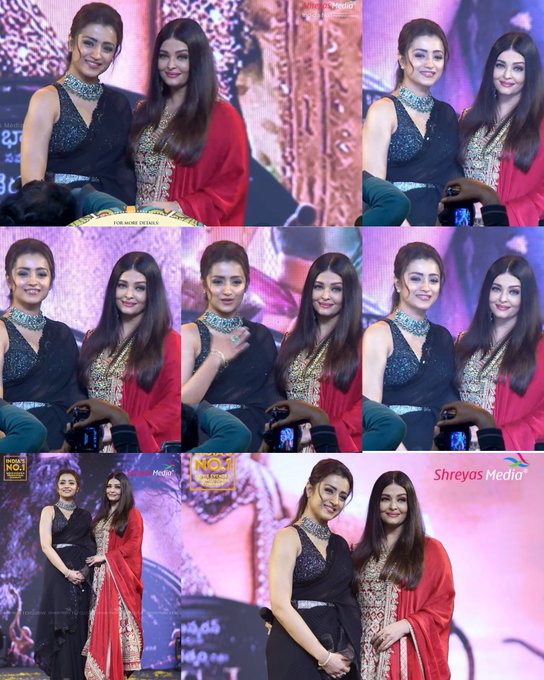 Bollywood actress aishwarya rai bachchan is in discussion these days about her period drama film 'Ponniyin Selva. Recently, she reached hyderabad to promote the film, from where her latest pictures have surfaced. She was looking beautiful in these pictures.

First of all, know that aishwarya is going to return to the big screen after a long time with this film directed by Mani Ratnam. The trailer of the film was launched some time back, which was well received by the audience. Now the promotion of the film has started, from where the stunning look of the actress has come to the fore.

Aishwarya opted for a royal outfit for this special day. In the pictures, she was seen in a beautiful red colored suit set with heavy golden embroidery work. With this suit set, the actress opted for golden jewelry and subtle makeup. However, what caught our attention was her necklace, which was very unique. She completed her look with open hair and a lovely smile.

Earlier, aishwarya had graced the trailer launch of the film as well. She was seen in a black colored kurta-salwar and dupatta, in which she looked stunning every time. The actress completed her look with open hair and a small bindi. She looked no less than a queen in this look. 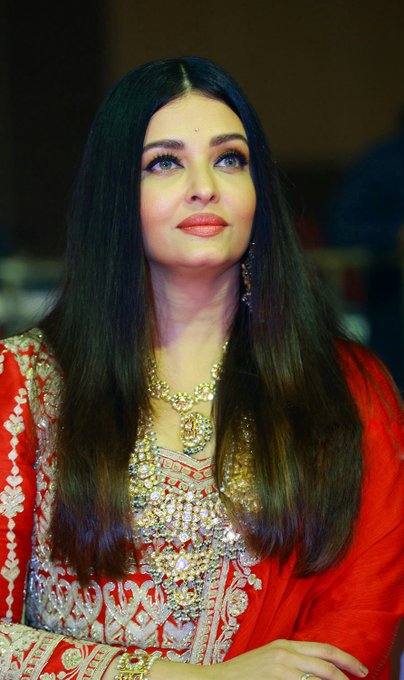 Let us tell you that the film 'Ponniyin Selvan' directed by mani ratnam is one of the most awaited films of the year. There are many big stars in this film, due to which remain in the discussion. Along with Aishwarya, Chiyan Vikram, Karthi, jayam Ravi, Shobhita dhulipala and prakash raj are in important roles in this film. The film will be released in cinemas on 30 september 2022.