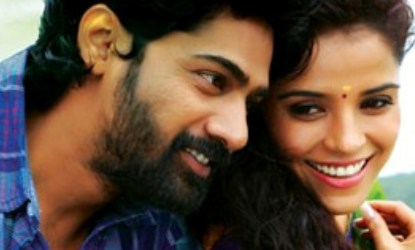 Watch It or Not?: Raw Naxalism combined with Entertainment Not for everyone but for specific section of audience.

Shatruvu [Kishore], Abhi [Naveen Chandra] decides to quit naxalism and surrender themselves to police. During their term in jail an officer plans to make use of both Shatruvu- Abhi team named Dalam for things which a normal police officer can’t do. On flip side political leader JK [Nasser] desires to use Dalam team for his own benefits, meanwhile Shruthi [Piaa Bajpai] enters into Abhi’s life. When Dalam team finishing an assignment given by JK , encounter specialist Ladda[Abhimanyu Singh] lands in and tries to kill Dalam team. Why Ladda want to kill Dalam team? Who is Shruthi ? How Shruthi is connected to this story? Has to be seen on silver screen.

Naveen Chandra perfectly fits the bill of a good intensity character which is given to him. Kishore who always does out of the box roles did the same thing there in an impressive performance. Piaa Bajpai who is seen in a naughty character has proved that she can do performances oriented roles with this flick. Dhanraj, Krishnudu,Thagubothu Ramesh did their did job and become successful in evoking laughs in the hall. Abhimanyu Singh, Naga Babu, Ajay, Harsha Vardhan, Sai kumar acted in their limited roles but director failed to use Sai Kumar completely.

For a film like this high intensity dialogues are very necessary and here director Jeevan Reddy has scored cent-percent marks. Even as a director in taking he gets passed in destination but in screenplay part he is just ok. Jeevan Reddy filmed first half racy with entertainment but in second half he fall flat. Cinematography is good, especially slow motion shoots are shown beautifully, songs are average but background score was fantastic and it gave life to key scenes in the movie. Editor could have edited few unnecessary scenes in second half.

Making a film on theme of Naxalism is a big risk even a small mistake can cost you a lot and Jeevan Reddy should be appreciated for bringing such a subject before audiences. In the past after Sindooram few films are made on Naxalism theme but none of them discussed about life style of naxals. Take a sensitive subject like this and filling the first half with entertainment shows the potential of director. Naveen Chandra who is seen in a naughty role in his first film will impressive everyone with his acting. Slow motion sequences are filmed very nicely and audiences who want to see new movie plots will definitely like this movie. First half of the movie is good but in second half thing falls very predictable and they generated things which are required for a naxlism theme movie but couldn’t make audiences stick to their seats till climax. It’s rare to see all the actors giving their best performance in a film but it happened in Dalam.

Bottom Line : Raw Naxalism combined with Entertainment Not for everyone but for specific section of audience.