Samantha agreed for the second marriage 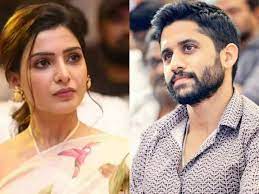 South film star samantha Ruth Prabhu remains in the headlines for some reason or the other. In the past, there were reports that the actress is suffering from some serious disease and is currently abroad for its treatment. However, later her team denied these reports. Despite this, the actress has neither made a comeback on social media nor she has been publicly spotted anywhere. Amidst all this, now the actress has come in discussions about her second marriage. 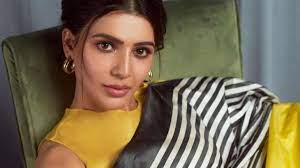 According to media reports, the actress is badly broken after her divorce from naga Chaitanya. Not only this, it is being said that the actress is in depression since the divorce. According to a news published, seeing samantha Ruth Prabhu in such trouble, her mentor, Sadguru jagadish Vasudev has advised her to forget the past and move on and asked her to get married again. Not only this, it is believed that at the behest of her Guruji, samantha has also agreed for this. The actress is thinking about this at the behest of the guru. 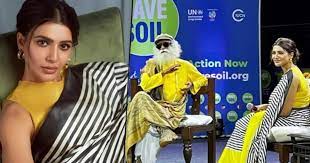 Apart from this, father Joseph Prabhu is also supporting the actress in this decision of Samantha. Joseph Prabhu recently shared the photo of samantha and Chaitanya's wedding on his facebook account, writing, 'Long ago there was a story, which is not there now, so let's start a new story now.' However, he later removed this post. Since then, there are speculations that soon Samantha's fans can get to hear the great news once again.