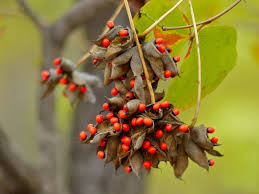 A shocking case of a 7-year-old child has come to light in Bhind, Madhya Pradesh. The symptoms of this child were as if it had been bitten by a snake. The poison in the body was similar to that caused by a snake bite, but this child was actually a victim of a plant, not a snake. Doctors had lost their sweat in treating this child. After this it was found that this plant was of Ratti which is really very poisonous.

Actually, a special plant is found in india which is called Ratti or Gunja plant. This child fell ill because of the seeds of this plant. From the seed of this plant comes out dangerous and poisonous substance like snake's poison. This plant is called Abrus Precatorius in the language of science. The scientific name of the poison that comes out of it is Abrin.

This poison can be as deadly as the condition of snake bite. In the village of Bhind, three children were going from the field where this ratti plant was planted. At that time the plant and its seeds were a bit soft. Two children had eaten this plant thinking it to be a fruit, only after which their condition deteriorated.

What is ratti plant?

Many medicines are made from Gunja or Ratti plant. This plant has great importance in Ayurveda. Medicines made from gunja plant also treat tetanus, leucoderma (skin infection) and snake bite. How important this plant is considered, you can understand from the fact that in ancient times, goldsmiths used the seeds of gunja plant.

How was the treatment of plant poison?

When the victim's child was brought to the emergency in Delhi's hospital, the child was unconscious, his brain was swollen and his pulse rate was very high. 24 hours had passed since the child was poisoned by this seed. If the victim can be reached within an hour after being poisoned, then an antidote can be given to that poison, but in the case of this child, that time had passed and now giving antidote was of no use.