It was his mother who said that she wouldn't have loved him if she knew this - the person who talked about Nithya Menon's marriage.

Nithya menon is one of the most popular actresses in the world of South indian cinema. menon -Latest Updates, Photos, Videos are a click away, CLICK NOW'>nithya menon was born in a malayalam family in Bangalore. He has studied Journalism at Manipal University. He had said in a tv interview that he did not want to act in the film industry but wanted to be a journalist. Later, she made her debut in tamil with the film 180, which was released in the year 2011, starring actor Siddharth. After this film, he acted in many films in tamil, Telugu, and Malayalam. Also, he has acted with many leading actors in tamil like mersal with Vijay, 24 with Suriya, and Irumugan with Vikram. Nithya acted in the film Psycho directed by Bin Miskin and starring Udayanidhi Stalin.

Recently Nithya Menon's body slimming photos went viral on social media. Due to this, film opportunities are coming for him again. 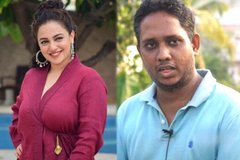 Nithya menon is currently acting in Dhanush's 44th film 'Thirchirambalam'. This film is directed by Mitran Jawahar. The film is slated to release on august 18. After a long gap, Dhanush-music composer anirudh ravichander reunited.

The film stars dhanush, Nithya menon, priya Bhavani Shankar, Rashi Khanna, Bharathiraja, and prakash raj among others. Also, the first single of this film, Thaikizhavi, was released recently. dhanush has written and sung this song. Also, this song has crossed more than 4 million views. Following this, menon -Latest Updates, Photos, Videos are a click away, CLICK NOW'>nithya menon is committed to some films.

In this situation, the photo of menon -Latest Updates, Photos, Videos are a click away, CLICK NOW'>nithya menon arriving in a wheelchair for the trailer launch of the film is currently going viral on social media.

Nithya Menon's participation in this way made not only the crew but also the audience emotional. Now this information has gone viral on social media and people are praising Nithya Menon. Santosh Varki is the one who went viral on social media talking about Mohanlal's Aaratu cinema. He has been saying that he is going to marry Nithya Menen for the past several years. In this case, when we asked Nithyameni about what Santhosh Varki said to Nithyameni who participated in the promotion of the film 19(1)A, which will be released in malayalam along with vijay sethupathi Nithyamenon.

Those who listen to him are fools” was what Santosh Varki had been pestering for years to marry her. A torturer was calling from more than 30 mobile numbers. I told my parents to block that number. Even when his face is on social media, he is open about it.

He replied that I have sincerely forgiven him and told him to file a police report against him. Santhosh Varki has responded to Nithya Menon's allegations in the film promotion. He said that he was being tortured by calls from more than 30 numbers. Not only do you people know how many SIM cards a man can buy in a lifetime, but Nithya Menon's mother told me that she had done it elsewhere. 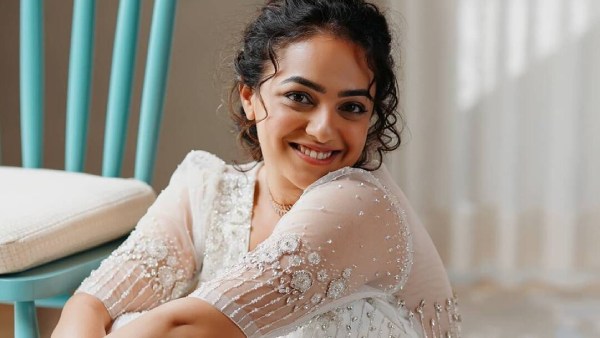 But her father told me that she didn't see any boyfriend and I was very confused when both of them told the person together and I came to know that I was going to file a case against him for sexual harassment. Also, after my father's death, I have been doing my duties without interfering in any matters. If I knew this, Varki said, I would not be in love with him and wandering around behind him.