Chor Nikal Ke Bhaga Teaser: The teaser of bollywood superstar Sunny Kaushal and Yami Gautam's upcoming film 'Chor Nikal Ke Bhaga' has been released. Let us tell you that this film will be released on the OTT platform Netflix. The announcement of Sunny Kaushal and yami gautam starrer Chor Nikal Ke Bhaga took place during the 25th anniversary of Netflix. On september 24, the great teaser of Chor Nikal Ke Bhaga has been released on Netflix's official YouTube channel. In this 32-second teaser video, you can see that Sunny and Yami are present in a plane, which gets hijacked. Yami gautam is playing the role of an air hostess, while Sunny's role remains skeptical. But it can be inferred from this teaser that Sunny is the thief, which this plane hijacks. Seeing this suspenseful teaser of Chor Nikal Ke Bhaga, your excitement will increase a lot. If you are fond of suspense thrillers then this is going to prove to be a great film for you. 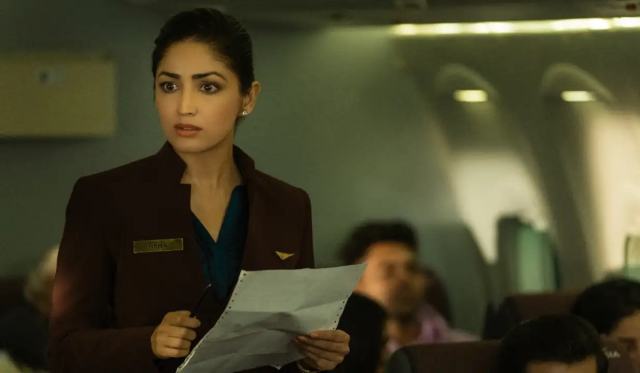 Yami and Sunny pair were seen together for the first time

Actress yami gautam and Sunny Kaushal are going to be seen together for the first time in the film Chor Nikal Ke Bhaga. Earlier, yami gautam appeared in films like uri - The Surgical Strike, Dasvi, A Thursday, and Kaabil. While Sunny Kaushal is the brother of bollywood superstar Vicky Kaushal. Sunny has so far given a strong performance of her acting in films like Gold, Hurdag, and Shiddat. Although the release date of the film Chor Nikal Ke Bhaga to be released on Netflix has just come out.