Actress Meena into next relationship??

Actress Meena into next relationship??

Actress meena Second Marriage: It is known that few months have passed since the death of actress Meena's husband Vidya Sagar, but now there are reports that she is ready for her second marriage. 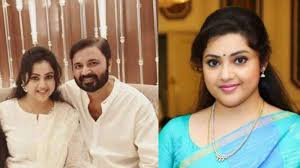 It is known that Vidyasagar, the husband of former heroine and popular actress Meena, passed away recently due to ill health. At that time it was stated that his illness had worsened due to Corona. It was announced at that time that he died of post covid effect. Meena, who was deeply affected by the tragedy of her husband's death, is now coming back to this world. Her co-stars and other heroines also made a lot of efforts to make her a normal person again.

As a result, she has finally recovered and is now attending the shootings again. And at such a time, the news that she is ready for her second marriage is being widely circulated in tollywood circles. As meena is now 46 years old and she has a child, it is better to get married to another person than to suffer alone, but the publicity came out that her parents forced her to marry her.

Her parents convinced meena that it would be better to be with someone else for the sake of the child's future and to avoid trouble when you get a little older. According to that, there was a rumor that she was ready to marry a man who was close to her family and that he was a family friend of Meena's family and he was not very close to Vidyasagar. 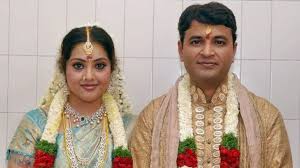 Since he has been associated with Meena's family for a long time and also has a good relationship with Vidyasagar, he also agreed to marry Meena. But information is received from Meena's close quarters that all these are just rumours. 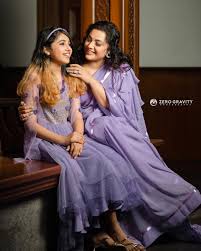 At present, meena is not planning to get married, but her parents have not taken any decision to this extent, they are busy taking care of their daughter and they are not ready for another marriage. If there is any such thing then meena herself will announce it and it is not appropriate to write news on social media without this meaning.