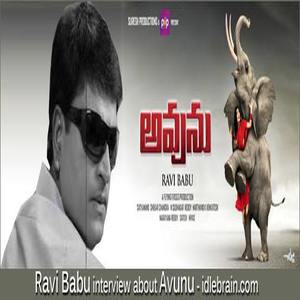 Avunu (English: Yes) is a 2012 Telugu horror/thriller written, produced and directed by Ravi Babu and presented by Suresh Productions. Malayalam actress Poorna plays the lead role in this film that has Harshvardhan Rane playing the male lead. Score is by Shekar Chandra and cinematography by N. Sudhakar Reddy.