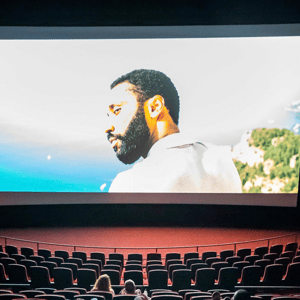 Cinema is from the French cinematographe which comes in part from the greek kinema, meaning movement. So cinema is really just another word meaning moving picture. It also has come to mean more generally the process of film making and also the building where films are shown.