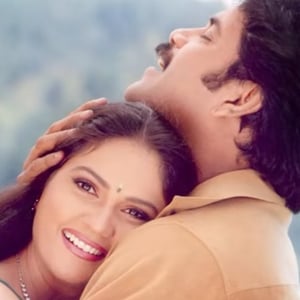 Santosham is a 2002 Indian Telugu-language comedy drama film directed by Dasaradh who co-wrote the film with Gopimohan and Trivikram Srinivas. It stars Nagarjuna Akkineni, Prabhu Deva, Gracy Singh and Shriya Saran. The music was composed by R. P. Patnaik. Released on 9 May 2002, the film was well received by critics and successful at the box office. It was dubbed in Tamil as Santhosha Vanille and in Hindi as Pehli Naazar ka Pehla Pyaar. The film was remade in Bengali as Bandhan and in Kannada