Neetha Shetty: tv serials did not get success, so Neeta became famous overnight by giving bold scenes in this web series

Born on 20 june 1986 in Bangalore, Neeta is celebrating her 36th birthday today. Neeta, who belongs to South India, is a well-known small screen actress and has been working in hindi serials for a long time. Neeta Shetty was first seen in the tv show 'Tum Bin Jaoon Kahan'. After this, he was seen in many more tv shows. But their real identity was given to her by ekta Kapoor's web series, due to which she became famous overnight. On the occasion of his birthday, let's take a look at his acting journey... Neeta is active in the acting world since 2003. Apart from 'Tum Bin Jaun Kahan', she has appeared in Zee TV's show 'Mamta' and 'Banon Main Teri Dulhan' serial. His acting was also liked by people in the role of Dr. Archita in 'Kahin To Hoga', Gauri Garodia in 'Ghar Ki Laxmi Betiyaan', and Sugandh jaiswal in 'Pyaar Ki Yeh Ek Kahani'. Apart from the serial, Neeta has appeared in the reality show 'Bigg Boss Marathi'. He got a wild card entry in the third season of this show. The show was hosted by Mahesh Manjrekar. Apart from tv serials, Neeta has also worked in films. She first appeared in Anees Bazmee's film 'No Entry' in the year 2005. His role in this film was small. Apart from this, she has also appeared in the film 'Saanse' and the Marathi film 'Fuge'. However, even after appearing in so many serials and films, Neeta did not get the popularity that she wanted. 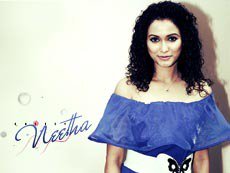 After not getting the expected success in the tv serial, Neeta turned to OTT. This decision proved to be very beneficial for him as well. In the year 2018, he worked in the first season of 'Gandi Baat'. She became famous overnight with this series. In this web series of ekta Kapoor, people got to see such a style of Neeta that they had never seen. In the first season of the Gandii Baat web series, Neeta gave very bold scenes. Due to his bold style, his discussion started everywhere.