A major reason behind China's 'rapid economic growth' was foreign investment here. Due to this rapid economic growth, china has lifted 85 crore of its citizens above the poverty line in the last four decades. After the death of Mao Zedang in 1976, china changed its policy slightly and adopted a new path of economic growth instead of conservative communism. He opened the doors of the country for foreign investment. As a result, investment increased in the coming decades and China's GDP started growing at an average rate of nine percent.

But this trend, which lasted for many years, seems to be reversing now. Since the beginning of this year, especially after Russia's attack on ukraine, there has been a significant decline in foreign investment in China. This year alone, between january and March, foreign investors have withdrawn $ 150 billion from investments made in the form of bonds in the Chinese currency Yuan. 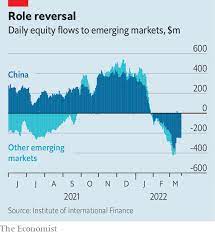 China has implemented a zero-covid policy and it has affected China's economy like the first wave of the Corona epidemic. Two years after the epidemic, where most countries have ended lockdowns and are easing other restrictions, this is not the case in China. Beijing's major priority before the pandemic has been its economic progress. Most of the city's population has been vaccinated against Corona, yet economic progress has not been a priority for the government this time in view of the potential health emergency. 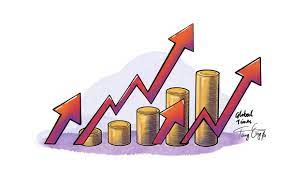 In shanghai, the government has imposed strict restrictions to prevent the spread of corona. The economic activities of this city contribute 5 percent to the country's GDP. Apart from this, the government has imposed strict restrictions in other cities of the country, which has affected the business there. In the month of April, unemployment in cities increased by 6 per cent while economic activity shrank 0.68 per cent. Some people believe that china will be able to achieve a growth rate of 5.5 percent this year, this figure is already less than in earlier years. 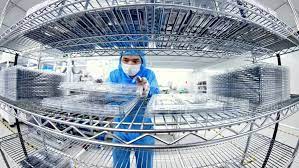 China's real estate sector has seen a boom in recent decades, contributing to the development of its economy. But since the last year, this sector is being clouded by the increasing debt of banks. The economic condition of the country's biggest real estate company Evergrand has also deteriorated badly. Although China's real estate crisis was being feared for many years, the fear of a mix of zero covid policy and other factors on the economy has further frightened foreign investors. One of the main reasons for the boom in China's economy in the past decade was cheap loans and the real estate bubble that caused it. After the bubble burst, the country is now moving towards a different productive model, but the process itself is 'complicated'. The process of handling the impact of the bursting of this bubble will be slow and it will also have its own difficulties and the attitude that the Communist party of china is adopting does not seem that its effect will end soon. 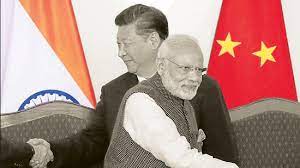 Since invading ukraine, Western countries have been trying to isolate russia economically on a global scale. For this, he has imposed such tough economic sanctions on russia which had not been heard before. 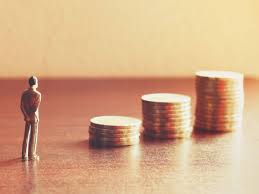 The war has also worried foreign investors if Xi jinping announces a military campaign against Taiwan, decides to use force to end China's growing opposition in Hong Kong, or to use force to defend against its neighbors. What will be the future of their investment in china if they try to resolve the ongoing border tensions with the US through the use of the military? On the other hand, China's standing on Russia's side regarding Russia's attack against ukraine is not helping investors. 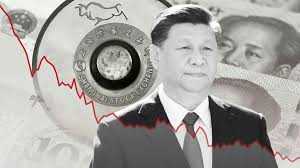 With the boom in China's economy and the increase in foreign investment within the country, along with the growth of its free market and private companies in china, reforms were implemented. Both private and foreign companies could have benefited from this, but the reform agenda kind of stalled midway. At present, in many sectors, especially in the matter of technology, there is an increasing trend of governments to protect their business and intervene. National security is being argued for this. Critics say that in the year 2021, the Chinese government started tightening its claws on big tech companies with the intention of controlling. Due to this, companies like Alibaba also suffered huge losses. 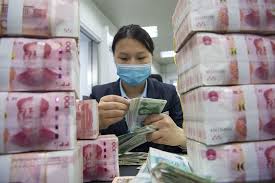 In recent months, the stock market of china has also not been able to give investors much benefit from their investments. The shanghai Stock Market opened at a very low level in late April, since then it has seen a slight jump, but it is not close to the beginning of the year. At the same time, in the month of May, the Chinese currency yuan, was at its lowest level in two years against the dollar. Although on the other hand, it can also be said that the decline seen in the Chinese market is less than the decline seen in other markets of America and Europe. After reaching a high in the year 2021, these markets have also started showing a decline. 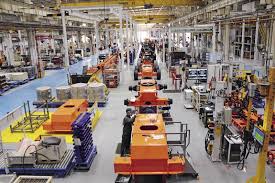 The positive view is that this period of difficult ideology, political disturbances and slow development may be part of the preparation for the party's convention. When this time passes, the hold of the leaders on politics will increase and The era of zero covid will also end, with this the era of development in the economy and technology will return again.