Mukesh Khanna has put some clips of people speaking against 'Lal Singh Chaddha' at the beginning of his video, in which everyone talks about not watching the film. After this, the actor told that he does not want to go to boycott the film. He watches the film for his entertainment and also gets some education, which is happening over the years. But what about the opposition? He said that image is very important in our film industry and if you have spoiled that image. You do some irresponsible act or something. So your image gets tarnished, which infuriates people.

Next, mukesh khanna talks about Aamir Khan's statement, in which the actor said that now his wife is getting scared in the country. Even today people are furious over this statement. mukesh khanna said in this statement of Aamir that aamir khan had said a childish thing that my wife had said at night that we are not happy with this country. On these things of Aamir, the country had said that go and stay in Pakistan. This reaction of people is common.

Mukesh Khanna further said that I always say that do not boycott the film without watching it. But I feel that our Hindu society is waking up now. We never took our religion seriously. On this occasion, such people are now protesting, which has not happened to date. Seeing this situation, people of other religions are asking why Hindus are becoming communal. If Hindu does then it is communal. If the other does not. It's not a matter.

At the end of this video, mukesh khanna says that many films have been opposed in the past as well. But people have stood on social media for this film. I will also support this protest. I did not raise this point. But today if a Hindu is doing this against these people then it is a good thing. Unless you punish. So the criminal will not give up the crime. He did the same thing in the film Peak'. If these people have to be taught a lesson, if they have to be taught, then give them harm. Give pain of punishment, give fear of punishment. 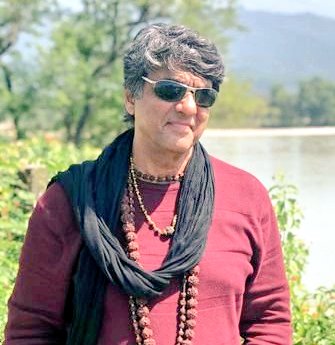 Apart from this, in this video, mukesh khanna has talked about punishing the artists in the films for the adoption of Hinduism. He said that I will not say that boycott the film. But I would say that this tradition should continue. Let us tell you that 'Lal Singh Chaddha' is released in theaters on august 11. Now it has to be seen how the film performs at the box office amid this boycott.