Smriti Irani has become enemy No 1 for Congress

Smriti Irani has become enemy No 1 for Congress!!

Smriti Irani has become enemy No 1 for Congress!!

No matter how much talk about the congress in the current political scenario, but it is also true that the defeat of Amethi in 2019 has created a dissatisfaction in the congress more than the defeat of the Lok Sabha. Due to which a group of top leaders has arisen against the gandhi family.

The defeat of the 2019 lok sabha elections did not disappoint the congress as much as it got from the defeat of Amethi. NDA's victory in this election was also unexpected. For the first time in the second lok sabha elections, the nda returned to power by registering a victory. That too at a much longer interval than before. people were speculating that even if nda wins this time, like 2014, bjp alone will hardly be able to reach that magical figure of forming the government. But when the results came, everyone's guesses remained in vain. bjp alone won 303 seats while nda got 353 seats. narendra modi was the hero of this grand victory of bjp and nda alliance. But in the midst of all this, the victory of Amethi on that day raised the stature of Union minister smriti irani at par with the leaders who decide the direction and condition of the country. 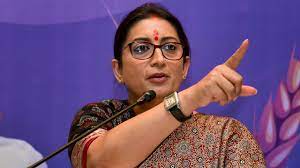 At the same time, the defeat of former congress President rahul gandhi in Amethi shook the entire opposition from the gandhi family to the Congress. It was from here that the gandhi family and the congress began to realize their downfall. Otherwise, he was treating the defeat in the 2014 lok sabha elections as a gust of wind. And he sat down thinking that in 2019 he would return to power again.

Even after the defeat, the memory stuck with high spirits 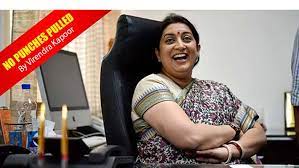 In the 2019 elections, the Modi factor was all over the country, but along with the Modi factor, the memory factor destroyed the gandhi family's fort in Amethi.

No one could have anticipated the defeat of Amethi, but the congress and the gandhi family had already received its indications before the elections. That is why congress got rahul to contest from Amethi as well as from Wayanad. After becoming the mp of wayanad, rahul is going there again and again. In this way he was never seen going to Amethi. rahul, who was mp of Amethi three times in a row, may not have visited Amethi as many times in 15 years as he has visited wayanad so far. 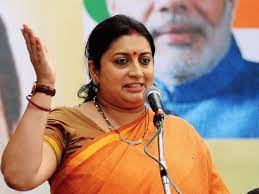 It is clear that rahul has now started feeling that only election tour will not work. If you want to win now, you have to live among the people in every happiness and sorrow. Will have to register his presence on the ground, so rahul has been visiting wayanad continuously since the 2019 lok sabha elections.

After Modi-Shah, now Irani has become the enemy number of congress - 1 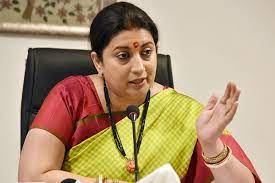 At times, attempts have been made by congress leaders to target smriti irani in public places as well. Recently, while traveling in a plane, congress leader D'Souza was seen entangled with Irani. The reason for targeting memory is also clear. Rahul's defeat in Amethi at the hands of Irani. Of course, the defeat of Amethi was more painful for the congress than the defeat of the 2019 lok sabha elections.

The defeat of the 2019 lok sabha elections was a lesson for the congress, while the defeat of Amethi was no less than a shock for the gandhi family and the Congress. The party whose prime ministerial candidate loses his seat, it is natural for the workers of that party to lose their morale. After the 2019 lok sabha elections, many top congress leaders have said goodbye to the party. 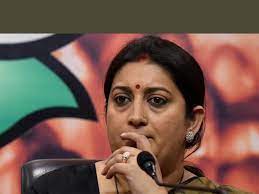 Kapil Sibal, a veteran congress leader, has recently joined the Samajwadi Party. Earlier, leaders like Jyotiraditya Scindia, RPN Singh, and Jitin prasad have joined BJP. The congress is still grappling with infighting. Since the 2019 lok sabha elections in the congress, a faction of the so-called G-27 is seen revolting.