Famous actor shekhar suman, one of the multi-talented stars of bollywood, is celebrating his 60th birthday today i.e. on 7th December. Apart from being a brilliant actor, shekhar suman is also a great anchor and producer-director. He specializes in exposing people through his jokes. shekhar suman has worked with many veteran actors of bollywood and has made a different identity on the film screen with his talent. There is as much craze among people for them as it used to be earlier. Today, on the occasion of Shekhar Suman's birthday, we are going to tell you about some special things in his life. 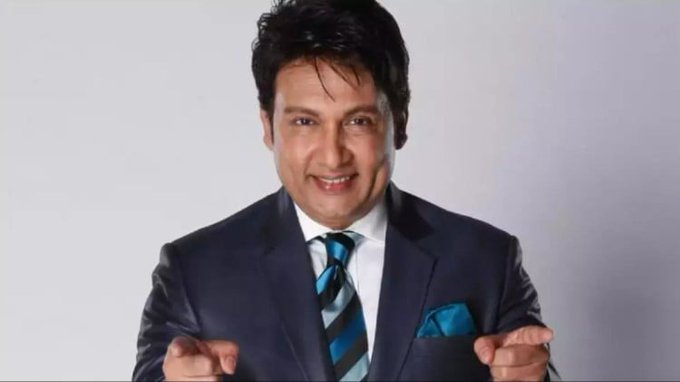 Shekhar Suman, who did the first film of his career in erotic drama, later acted in many films and won the applause of everyone including the audience. After 'Utsav', shekhar suman did 'Human Murder', 'Nache Mayuri', 'Sansara', 'Tridev', 'Pati Parmeshwar', 'Ranbhoomi', 'Chor Machaye Shor', 'Ek Se Badhkar Ek' and 'Bhoomi'. ' including many of Bollywood's best films and had won the hearts of the audience. Along with showing his talent in films, shekhar suman also showed his acting prowess on the small screen. Shekhar, who found love on the big screen, was warmly welcomed by the people in the tv world as well.

After making a name for himself on the big screen, shekhar suman turned to the small screen and started his tv journey with Doordarshan's show 'Wah Janab'. shekhar suman also became famous on tv as soon as he came from this show. The show, which aired on Doordarshan, received a lot of love from the audience. But shekhar suman got real recognition on the small screen from his comedy serial Dekh Bhai Dekh. This comedy serial got a lot of love from the audience. After this, he was seen judging the comedy show 'Laughter Challenge for several seasons. Shekhar continues to tickle the audience with his style even today. Talking about Shekhar Suman's personal life, the actor married famous film producer Alka in the year 1983. Both also have a son, whose name is Adhyayan Suman. adhyayan suman has also appeared in many bollywood films. But Adhyayan could not show the wonder in bollywood, which his father had done. Alka and shekhar suman had one more son but he died at the age of 11 due to a serious illness.