Bleeding in the eyes...? European countries are in shock..?

Bleeding in the eyes...? European countries are in shock..?

Bleeding in the eyes...?  European countries are in shock..?

A deadly virus that causes bleeding from the eyes, kills 30 percent of those infected. It has been reported that a person has sought to hospital in spain with similar symptoms. A person has been diagnosed with Crimean-Congo hemorrhagic fever in the city of Leon in northwestern Spain. Experts have found that the virus is usually transmitted to humans through tick bites.

Meanwhile, the unnamed patient, who was admitted to a hospital in Leon last week, was airlifted to another hospital by the Ministry of Defense on Thursday. According to the Spanish government, although the risk of infection is high, the infected person has passed the danger stage. 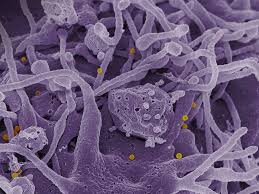 According to the World health Organization, 30% of Crimean-Congo hemorrhagic fever patients have died without treatment. Symptoms include fever, aches, dizziness, mood changes, confusion, and bleeding in the eyes and skin. 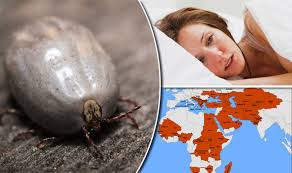 Within two weeks of being diagnosed with the disease, most patients go into the danger phase, which can lead to death. The virus was first discovered in Crimea in 1944 and is only found in Africa, Asia, the Middle East, and the Balkans. Its incidence is rare in northern Europe.
In spain, only 3 people have been infected since 2011. A woman was confirmed in britain last March. This is said to be the fourth person since 2012.