The Supreme Court rejection in Delhi

The Supreme Court rejection in Delhi

The supreme court rejected a petition seeking control over the production, distribution and consumption of liquor in the national capital, Delhi. Advocate ashwini Kumar Upadhyay filed this petition. government should be ordered to print stickers on liquor bottles just like stickers are placed on cigarette packets saying they are harmful to health. 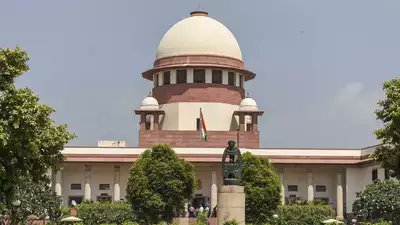 Appointed to the supreme Court. He appealed to conduct a campaign through print, electronic and social media. He emphasized that alcohol is injurious to health and that putting up stickers will help the youth to know about it. The bench headed by CJI Justice YU Lalit, which examined the petition, made key comments. It said that some people believe that alcohol is good for health if consumed in moderation. But she reminded me that no one said this in the case of cigarettes. Therefore, it concluded that stickers cannot be ordered on the ammunition bottles. It has made it clear that the petition should be withdrawn or else they will dismiss it themselves.

However, when the petitioner asked for permission to go before the Law Commission on this matter, the supreme court refused to do so. She said that only withdrawal of the petition will be allowed. With this, the advocate withdrew his petition.