Disha Patani, a 30-year-old actress best known for her telugu film debut, regularly poses for images to display her lean and curvy body. She made her acting debut in the puri Jagannath-directed movie Loafer. After that, she had a successful run of movies to her credit, with almost 9 of them, excluding three blockbusters that were either in production or slated for release. She strikes a fresh position while wearing a brown dress that exposes her lengthy legs to the elements. The images are being circulated on the internet. She will be launching Yodha, KTina, and Project K in the upcoming months on the work front. Every time disha patani leaves the house for a function or outing, people's jaws drop. s 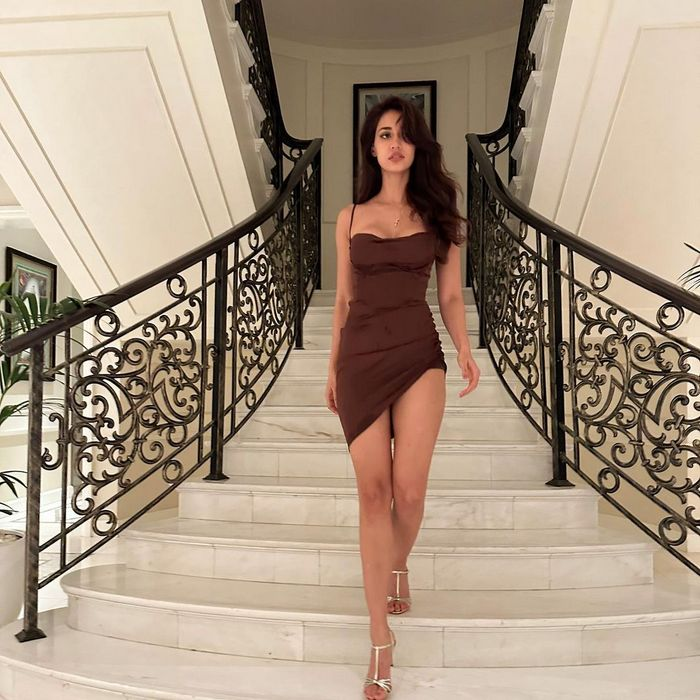